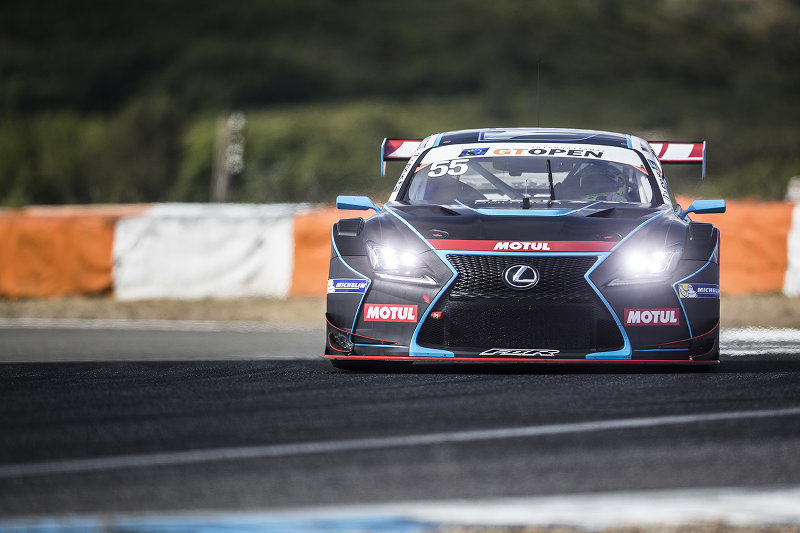 The upcoming weekend (Oct- 27th-29th) in Barcelona will be the last one in the International GT Open and therefore the last two races for Farnbacher Racing. After a couple of setbacks during the 2017 season the team from Lichtenau, Germany, wants to come back at these two last races and get a good result at the season finale.

Like in most of the past GT Open races the two brothers, Dominik and Mario, will be handling the Lexus RC-F GT3 to hunt for some championship points in Spain. It won’t be easy again, the competition in the GT Open is pretty strong. But the Balance of Performance was amended in favour of the Lexus once more. Farnbacher Racing is allowed to set the car lower which gives the Japanese racecar more downforce.

Nevertheless Dominik Farnbacher will be starting with a Handicap into his last race. A slight crash in Monza resulted in a transfer back by three positions on the starting grid in the upcoming race. Dominik will give his best to get these positions back during the race.

New partner
Farnbacher Racing also got themselves a new strong partner for the last two races. Braineffect manufactures products that enhance the mental performance and provide the body with more energy. Learn more on their website www.brain-effect.com.

Dominik Farnbacher:
“We’re looking forward to the new GT Open weekend in Barcelona and we hope to successfully finish the season. We had a strong start but had some setbacks. Especially the Monza damage was unfortunate but the team did a great job and got the car in shape for Barcelona. The competition is strong but Mario and me will be doing our best before heading into the winter break.”