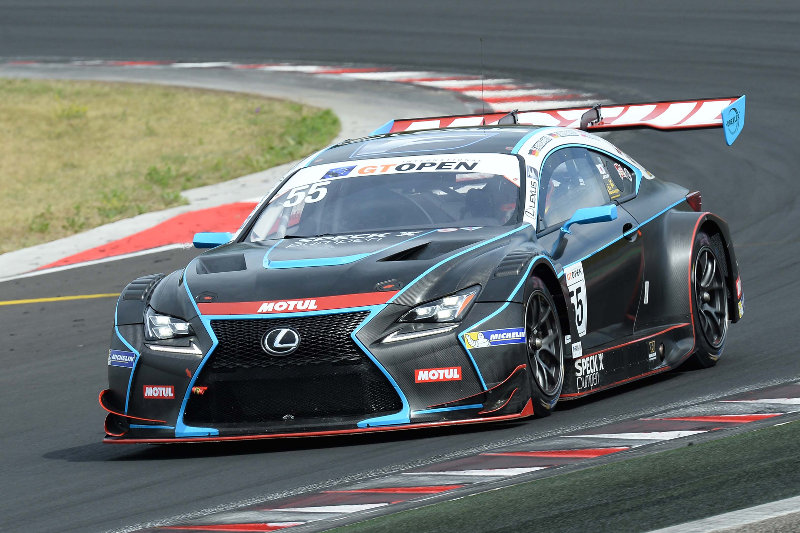 A nine weeks’ break after the last International GT Open race Farnbacher Racing will be taking the to the next event in Silverstone on the upcoming weekend (Sept. 1st-3rd).

The season started well for Farnbacher Racing but the first triumphs were followed by a slightly disappointing phase. In the latest race on Sunday at the Hungaroring though the team was able to turn the wheel of fortune around, finishing fourth. The challenge now will be to keep up performance. To accomplish this task the team from Lichtenau used the spare time between the races to do some thorough testing, e.g. in Silverstone. This as well as another change in the Balance of Performance should support achieving a good result. The Lexus RC-F GT3 had had a disadvantage in Paul Ricard and at the Hungaroring but will be equipped with a 1mm bigger air restrictor for Silverstone.

Brothers at the wheel
In Silverstone both Dominik and Mario Farnbacher will be taking the wheel of the Lexus again. Mario had to take a break from the latest race of the GT Open as he had another engagement at the IMSA WeatherTech Sportscar Championship and had been replaced by Norbert Siedler.

Taking a look at the championship standings Farnbacher Racing currently takes up fourth place with 28 points. In the driver’s championship Dominik Farnbacher has accomplished 46 points and stands on fifth position. Mario is on sixth position with 38 points. Both brothers are still in good reach for the championship and want to gain more points in Silverstone to reduce the distance to the competing drivers and teams.

Dominik Farnbacher:
“I’m really happy to get back into the car after the long break and to be able to start again with my brother. It’s not going to be easy but we will give our very best to achieve good results. The changes in the Balance of Performance provide additional help this time and we’re well prepared after all of our testing.

We’re also looking forward to have a lot of Lexus guests from England this weekend and to also offer a race taxi for the first time. I’m sure this will be a great experience for all of us.”