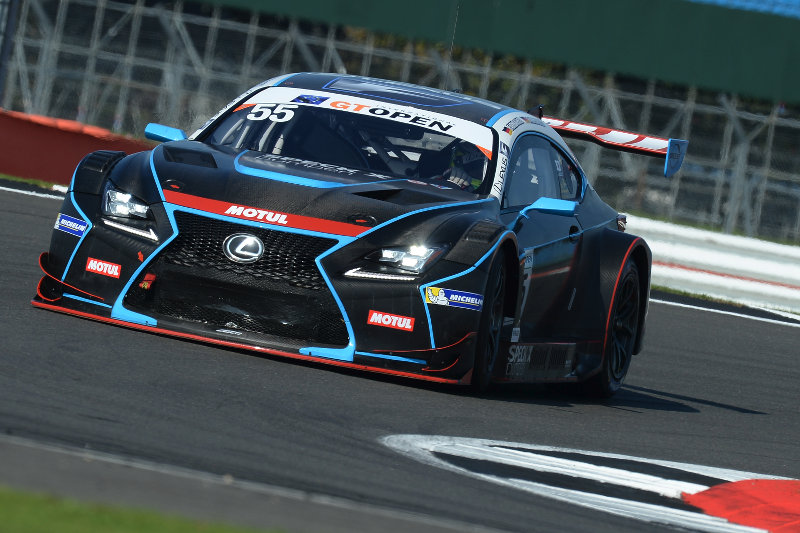 The previous weekend held a lot of international motorsport, including the 5th round of the International GT Open in Silverstone. Farnbacher Racing was able to land in the Top Ten on both race days and therefore collected important points for the championship. Despite difficult conditions and a rough competition the team from Lichtenau got the best out of their Lexus RC-F GT3.

First Mario Farnbacher placed the car on P6 in the Saturday Qualifying but lost quite a few positions, as some competing drivers gave an early start. With a successful pit stop he handed the Lexus RC-F GT3 #55 over to his brother Dominik who was able to catch up and finish the race on the fifth position, gaining important ground in the championship.

That scenery repeated itself on Sunday with Dominik Farnbacher starting from the 8th position on the grid. Again some competing drivers sped away early but Dominik managed to fight for these positions and get to P6. He handed the RC-F GT3 over to Mario during the pit stop who was able to finish in 6th place and take some more championship points home.

Dominik Farnbacher:
“We’re looking back on this weekend with mixed feelings. We’re not super satisfied but at the same time not really disappointed. It could have been better, we’d like to have had a podium finish. This was our original goal but unfortunately we didn’t quite make it. Part of it was due to difficulties we had in the beginning with the set up. But part of it also came from the harsh driving we saw from the competition. To push each other out of the way like this is just not done.”

Mario Farnbacher:
“We have a challenging weekend behind us and I think we made the best of it. We were constantly trying to improve our car which we did fairly well. It just wasn’t enough to compete with the top of the field in Silverstone.
Now we have to set ourselves up for Monza to do this all a little better. We’re still learning with every race and have to translate these things into practice so we can get back to the top and fight for victory.”

The next two races of the International GT Open take place at the Autodromo Nazionale in Monza on Sept. 30th-Oct. 1st.