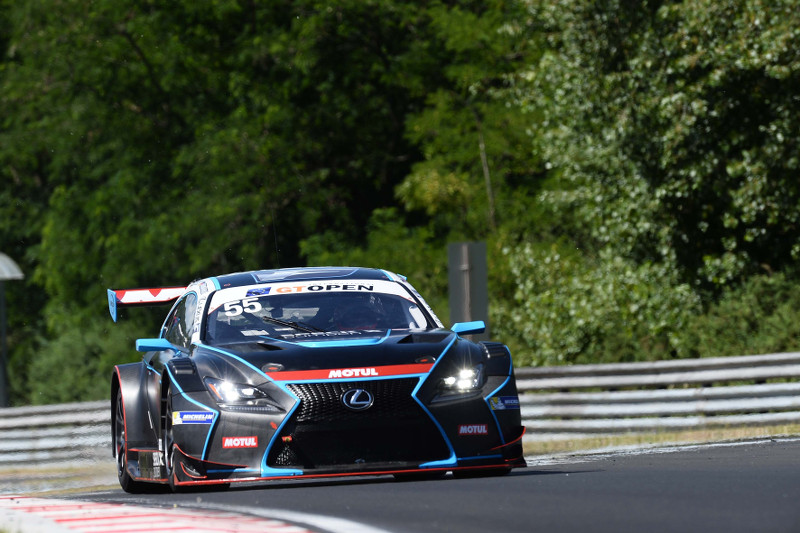 The first International GT Open race on Saturday at the Hungaroring was still a bit disappointing for Farnbacher Racing. But the team was able to leave Hungary with a conciliatory fourth position on Sunday.

On the past weekend Dominik Farnbacher drove the Lexus RC F GT3 together with co-driver Norbert Siedler to gather more points for the championship. Siedler took Mario Farnbacher’s seat who competed in the IMSA WeatherTech Sportscar Championship that weekend.

After a short period of getting accustomed to the car during the free practice Norbert Siedler was able to put the Lexus on the 14th position on the grid. Due to a malfunctioning stabilizer though that deemed the Lexus almost non-driveable the team wasn’t able to get further ahead in the field than P15. The mechanics repaired the stabilizer after the race so the team was ready to attack on Sunday.

In the Sunday qualifying Dominik Farnbacher drove to P12 on the starting grid. “It was simply not possible to achieve a better position. We’re the slowest car on track, we’re missing 6 to 7 km/h compared to the top of the field”, Farnbacher said after the qualifying.

During the race though Farnbacher Racing was able to do better. Despite the extra weight added by the amended Balance of Performance Dominik Farnbacher managed to push the RC F GT3 to position 8 before handing the car over to Norbert Siedler at the middle of the race. Siedler was able to get ahead even further and finishrd on the fourth position.

Dominik Farnbacher:
“Despite the race on Saturday not being our best we’re overall quite satisfied with the weekend. Especially on Sunday it went really well for us and we got the best out of our car although we couldn’t get a better position than the fourth due to the additional weight and and the smaller air restrictor.

But I want to say a big thank you to Norbert Siedler who did a fantastic job and pushed the car on Sunday. We’re hoping for another amendment of the Balance of Performance now so that we can attack again in Silverstone after the series’ summer break.”

The next race of the International GT Open will take place on September 2nd and 3rd in Silverstone.