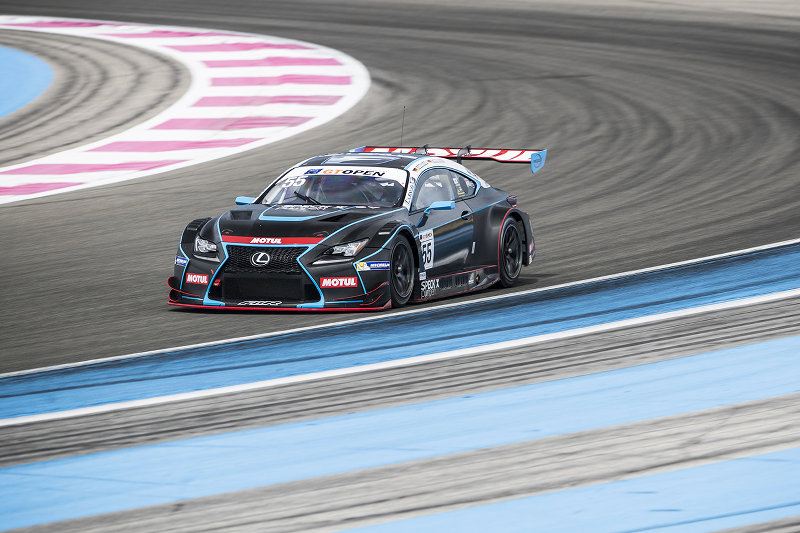 After two very successful weekends in the International GT Open Farnbacher Racing had to deal with a big disappointment at the Circuit Paul Ricard. The team had to leave without any further championship points.

Even before the fifth and sixth race took place it was clear that this weekend wasn’t going to be an easy one for the Franconian team – also due to amendments of the Balance of Performance. The two qualifyings already showed this too as Dominik and Mario Farnbacher were missing top speed and only got to the starting positions 21 and 16.

A bent steering gear in the first race then hindered Dominik Farnbacher from catching the rest of the field and forced him to put the Lexus RC F GT3 into the pit after only six laps of racing. The crew did its best to repair the car to be able to compete on Sunday.

But also the second race held no more luck for Farnbacher Racing. At the start all went well for Mario Farnbacher but then the splitter broke. That forced Mario back to the pits as well where the car remained for the rest of the race as the vibrations got too strong to drive.

These two breakdowns in Paul Ricard impeded Farnbacher Racing from gaining any more points in the championship. That put them back in the table by a few positions so the two brothers are now on fifth place. Anyhow they are only four points behind the leaders, calling 38 points their own.

Dominik Farnbacher:
“Unfortunately this weekend was one to forget but we’re trying to leave this behind us and to concentrate on the next races in Hungary. We did lose precious points of course but we’re going to attack again at the Hungaroring to gain back some ground we lost in Paul Ricard.

My thanks go to the mechanics who, despite all setbacks, did an awesome job. We’re looking ahead now – it can only get better after that zero figures.”